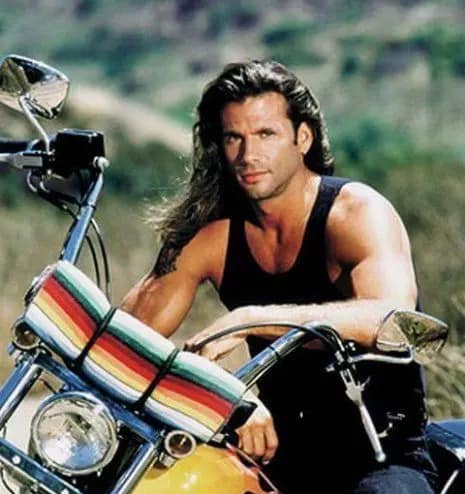 Lorenzo Lamas – Co-Starred as Tom the Jock in Grease! Lorenzo has had a career spanning over 40 years! Lorenzo has also starred in “Renegade” as well as “Lucha Underground” and many reality shows recently.

He has starred in five television series and in over fifty movies. He is most known for his roles on television, notably as Lance Cumson on CBS’ Falcon Crest (1981) and Reno Raines in the syndicated hit show Renegade (1992). Lorenzo also sustained a professional racing career while working successfully as a TV and Film actor in the 80’s and 90’s. He acts on stage and has a cabaret show that he tours with across the country. Some of the roles he has played onstage include the king in the musical The King and I as well as Zach in the musical A Chorus Line.

He is an avid motorcyclist for over thirty years and has participated in the Love Ride, to benefit MDA and various charities since its inception in 1983.

He is also on the board of directors. Lorenzo is a commercial helicopter and airplane pilot and he often flies disadvantaged children to summer camps and people too sick or financially challenged to travel normally on domestic flights. He just recently received his certification to become a helicopter flight instructor.

*Subject to change or cancellation without notice.