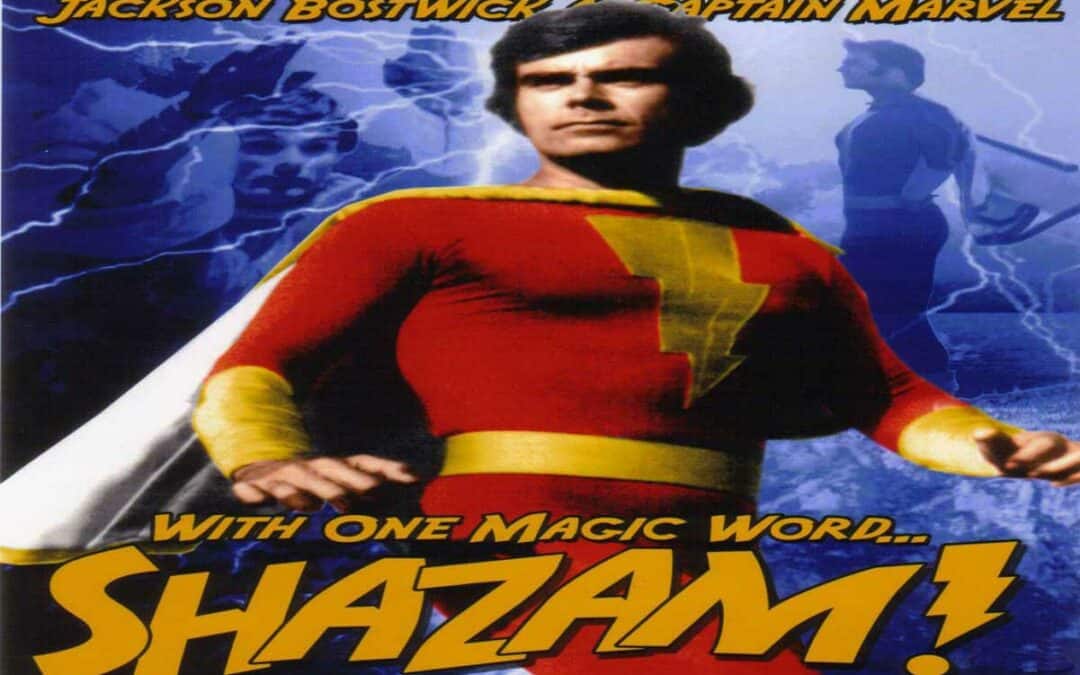 Saturday morning’s Shazam! brought the world Jackson Bostwick as Captain Marvel. Bostwick’s era as the Big Red Cheese began in the early 1970’s and is only the second guy in history to play Captain Marvel. Tom Tyler was the first in 1941 in the old Republic Studios serial “The Adventures of Captain Marvel.” Bostwick became very good friends with C.C. Beck, the artist of Captain Marvel from the Golden Age of comics. He was the original Captain Marvel on the live-action TV show, and set the standard for the highly-rated children’s series, which ran for several years.

The actor says his audition was a very low-pressure situation. “I had just signed with a commercial agent, and a week later he sent me out on an interview. I thought it was for a Captain Marvel cereal, like Captain Crunch, because he was a commercial agent. So, I went out there in a white T-shirt, jeans and cowboy boots, thinking it was a general cattle call at Filmation Studios. They had done the Lone Ranger cartoon, which was their big claim to fame before Shazam! I walked in and met the producer, Bob Chenault. Bob told me later that he knew when he heard my voice and saw my smile that I would be their Captain Marvel. I didn’t realize that they had been looking for more than four months! They had narrowed it down to four people, and had gone from actors who were athletes to athletes who were actors. Now they were back to actors who were athletes.”

Bostwick approached the role of Captain Marvel in much the same way that his friend, legendary actor Clayton Moore, approached the Lone Ranger. “Being a fan of the Lone Ranger, I wanted to give the kids something to lookup to like Clay gave me to look up to. And I hope I did that. I know how critical kids are, and I wanted to make sure I was presenting myself right, and not putting my hands on my hips and preaching to them.

Bostwick has always been inclined toward the arts, ever since childhood in Alabama, where he was also a comic book reader. His favorite? Captain Marvel, of course! “Captain Marvel was always a hero of mine when I was growing up with comics. My mother, God love her, threw out all my comics when I went to college, thinking she was doing me a favor. They would be worth a fortune today.

The actor still reports that he’s still recognized today for his role in Shazam! “Most of the time it’s, “I know I’ve seen him–no, you ask him!” And once they find out, then everybody knows! It loosens them up. Then it’s “I knew you looked familiar!” My dad told me that he knew I was doing all right when they went to the country club and it was no longer “Dr. & Mrs. Bostwick,” but “Captain Marvel’s mom and dad…”

Please check our our event page at: https://zurkopromotions.com/collectorabilia/ for more information.