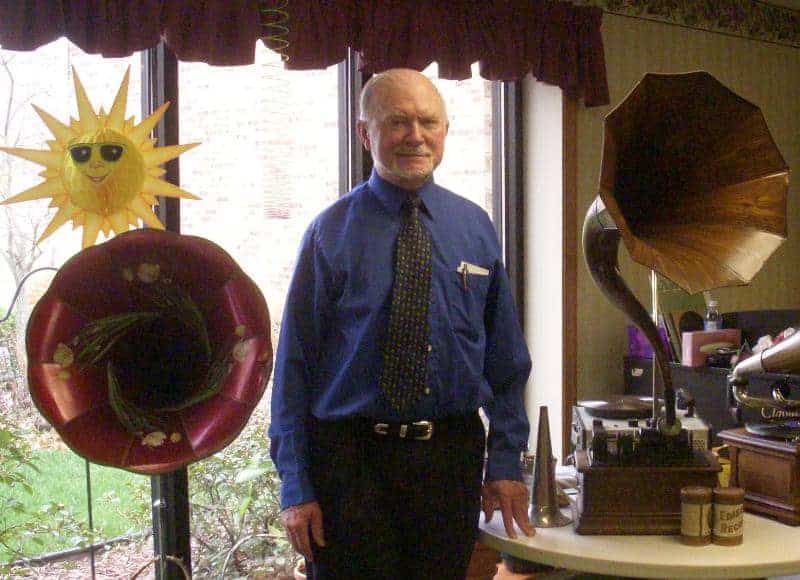 John Haugar, from Michigan will be the guest speaker!

Among America’s music icons, no one stands out more than John Philip Sousa. Studying music as early as six years old, his talent was soon evident to his father, who was conductor of the United States Marine Band. Rescued from joining a circus band at age 13 he spent the next eight years playing for the Marine Band, eventually conducting it. Forming his own band in 1892, his popularity was an immediate success and touring the country, the Sousa Band became the most sought after in the country. Invited to the Paris Exposition of 1900, Sousa’s music gave Europe a fresh look at culture and refinement in the United States. Soon, tours took the Sousa Band around the world. World War I saw Sousa enlisted in the Navy, raising funds with his band to support the enormous War effort. In later life Sousa crisscrossed the country encouraging high schools to develop top notch bands and orchestras. Sousa’s untiring efforts and international stature as well as composing over 100 marches, 9 operettas along with many orchestral suites, have given him the well deserved title of “The March King”.

Show Hours: Saturday 9am to 4pm and Sunday 9am to 3pm / $7 (TICKETS AVAILABLE AT THE GATE) ADMISSION IS GOOD FOR BOTH DAYS!
Free Parking. *Children 12 and under are free with an adult
Early Buyers Saturday 8am to 9am / $25

Please call Zurko Promotions at 715-526-9769 for info or visit us on the web: https://www.zurkopromotions.com/grayslake-chicago-illinois-antique-vintage-flea-market/